If you’re single, you’re probably doing at least some of your looking online – most people are these days. But there are a few challenges to dating online that you don’t encounter when you meet IRL first – and some strategies that can help you be more successful when you’re cruising the Internet for love.

Don’t mess up your profile picture

You know you need a profile picture by now. You’re not likely to get much of a response from anybody without one, no matter how much you believe that it’s what’s on the inside that counts. This doesn’t mean you should just throw up any old picture, though. Look for one that is both recent and flattering – if it looks great but it’s from five years ago, it doesn’t count. If you don’t have pictures that fit the bill, get some immediately. Make sure it’s a picture of you as you normally are – no tuxes if you’re a jeans-and-a-t-shirt guy, and no adorable puppies unless you own them. People want to know who they’re talking to, and you should give them a clear representation of who they’ll meet if you hit it off online. A good way to do this is to put up pictures of you having fun – with your friends, for example, or engaging in a hobby you spend time on. Make sure any friends you’re putting up in group pictures don’t mind, and that you don’t make a horrible face when you’re rock climbing, and you’re already halfway to telling potential dates a lot about yourself.

Find a happy medium between picky and indiscriminate

While you’re not going to have a great time if you go into online dating looking for your dream lover, you also won’t be doing yourself any favors if you message all the women within five miles. Just as in dating anywhere else, you should know what you like but be open to surprises. If you’re dead set against dating someone with a kid, maybe don’t message a single father of four just because he’s cute. On the other hand, be prepared to give people a chance. Some people are way cuter in person than they are online, and sometimes opposites really do attract. Finding the balance here might take you some time and cost you some mistakes, but keep working toward it and have fun while you do.

Pay attention to your messages

Your message is your introduction when you’re dating online, which can be a disadvantage over meeting in-person. If words aren’t really your thing, you have to do some work to make sure they convey everything you’d be saying with tone and body language in person. There are a few easy ground rules – never copy and paste a dating site opener you find elsewhere online, for one, and don’t get sexual in the first message. In fact, it’s best not to get physical at all. The woman you’re messaging is more likely to respond to a compliment about her favorite books than about her cup size, and men don’t particularly want to be objectified by strangers either. Once you’ve written a kind message, leave the conversation to develop naturally. Plenty of people online use a lack of response as a low-key way to reject someone, and you absolutely do not want to be that person who keeps pushing someone who’s clearly not interested. If you don’t get a response, move on – there are plenty of people in the world, after all, and many of them are also dating online.

Be willing to meet

This seems like a basic tenet of dating online, but it seems to elude some people. The point of meeting people on the Internet is to date them – in person. If this is your first time around on online dating or you’re a shy person generally, it can be difficult to get up the courage to ask to meet. Or maybe you’re having a good conversation over messaging and you don’t want to mess it up by a meeting. Get over this way of thinking. If you don’t meet someone, the conversation between you is likely to fade out. And if you wait too long, you could establish a fairly close online acquaintanceship that can’t actually stand up to the realities of who both of you are in person. As soon as you feel comfortable meeting (in a well-lit public place, naturally), bring it up to the person you’re talking to. The sooner you see each other offline, the better.

Meeting up for the first time can be nerve-wracking, even if you have a pretty solid intuition that you’ll get along with the guy you’re about to go see. People’s expectations are often unspoken – and confusingly, a lot of people online and off barely call anything a date anymore. This can muddy the waters. If you want to be sure it’s a date, ask for it by name. If you’re all right with ambiguity, it’s not necessary.

To maximize your chances for some getting-to-know-you conversation, it’s best to set up a meeting during the day. Whether you want to meet for a rushed meal on your lunch break or some coffee on the weekend, try to go out while the sun’s out and everyone is sober. This is a great way to get to know your date without constantly wondering whether you’re drinking too much or whether she thinks she’s going home with you after it’s over. Coffee is also an activity that can be as short as having a cup together and leaving, or as long as deciding to move on to a meal, which lets you follow your instincts about the kind of date you’re having and make the most out of whatever happens.

From there, you can pretty much go on as you have when meeting people offline in the past. Also, just so you know, it’s 2015 – you and your new beau don’t have to lie about where you met. 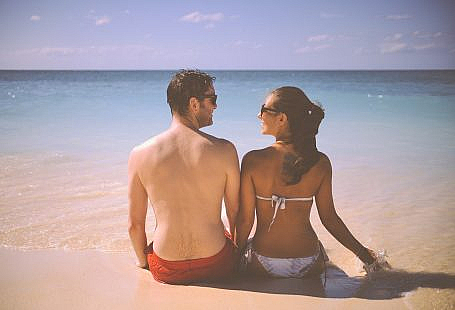 “Is It Love Or Is It Just Sex”, Are You Intered In? 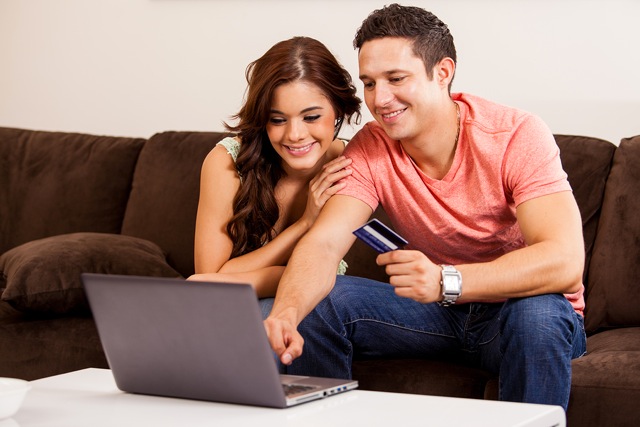 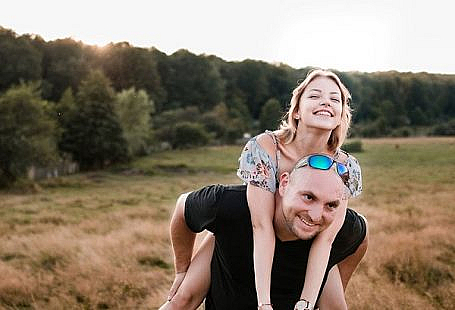