Tired of finding love? These psychological tips will help!

Nowadays, millions of singles from all over the world are desperately searching for their perfect partner. The solution is right there, in your hands. Check out these useful tips!

If you know the factors which affect emotions, thoughts, and behavior, you will get more chances in your love-finding journey.

1. How Would You Introduce Yourself?

Imagine you are about to write a self-introduction (which you may write in a dating app bio or a friend seeking message in a magazine). What would you write to get as many responses as possible?

According to the research in the past about self-introduction,

Men tend to search for a woman who is sympathetic, healthy, and with an attractive body. In contrast, women looking for a sympathetic, humorous, and optimistic guy.

Which one do you like? The result was remarkable.

The balance between the two aspects is the winning formula.

According to the outcome, the form with 70% “about me” and 30% “about what I’m looking for” got the highest number of responses.

It seems like if you spend more than 70% to describe yourself, you’re self-centric. Otherwise, you are suspicious.

Additionally, women have the concept that men only care about the physical aspects of their bodies. However, the research showed men were not that superficial whereas women had few ideas about what could attract men. For instance, this introduction was written by a woman:

“A person with a cute and special character loves delicious food and wine. Looking for a tall, handsome man who is smart and has a healthy body”

In fact, men didn’t find this introduction attractive. Only 5% of them said they would respond to this message. However, women believed that this would work like a magnet in attracting men and predicted 44% of men would respond to it.

Here is another introduction:

Once again, women thought that this would attract most of the men. Actually, only 22% said they would respond to this.

Obviously, men are able to predict whether a self-introduction was good or bad.

On average, 90% of their predictions matched the result. In the end, a piece of advice was made for women.

If you want to attract more potential guys, let a guy write a self-introduction note for you.

What is your first step if you want to impress a potential dating partner? If you look around the Internet, you can discover some interesting results:

Trust me… these are useless. They cause more frustration than the impression.

In another research, the straight sexual invitation such as:

These wouldn’t work although they worked before in the past. In fact, these flirtings “might be used by the men to identify the women who are not tied by social prejudice of sex”.

Besides, the failed ones usually have the old style of approaches such as:

or try to make an impression by:

For those who are skillful in the art of seduction, they always encourage their partners to talk about themselves in an unusual, humorous and strange way.

The most-rated flirting for men was:

was the most-rated of women, according to the research.

The flirtings which show the natural humor, easy-going character, happiness or cultural value are much more effective. Plus, the people who shared the humorous experience found their partners more attractive.

3. Pay Attention To The Topic Of Conversation

The topic of the conversation also makes an impact.  A research that was executed in the International Science Fair Edinburgh showed that talking about different topics brings a variety to the conversation and a higher chance of success to keep the interests for both parties.

When they talked about movies, less than 9% of the couples wanted to see their partner again. There was a huge gap between men women their favorite genre of movie. For instance:

Conversations about travel, which tend to center around holidays and dream destinations, make people feel relaxed. As a result, they found their partner attractive.

Besides, researchers also concluded that women were faster than men in making decisions. 45% decisions of women were made in 30 seconds.

Obviously, men only have a few seconds to impress women.

In 1974, psychology professors Donald Dutton and Arthur Aron implemented special research at two bridges on Capilano River, Colombia. One bridge was high and dangerous whereas the other is low and safer. Some male adults would pass the bridges and a beautiful lady (who belongs to the experiment team) would stop them at the end of the bridge and suggest to give them her number. As predicted, the number of male adults who accepted to receive the lady’s number on the high bridge is much higher than the low one. Not only that, the number of male adults who called her was higher as well. Why is that?

Everyone knows that when people see a person who is attractive to them, their heart tends to beat faster. Dutton and Aron wondered the contrary.

If people’s heartbeat has been already fast, would they find someone attractive?

The experiment made it clear. The adults on the high and dangerous bridge had a faster heartbeat. As a result, the body tricked the brain and made it think that the lady was attractive. They absolutely wanted her number and tended to call her.

This experiment once again affirmed the supposition. If you want someone to fall in love with you, you and that person should stay away from tender music, walking in a quiet town or listening to the ring of a wind bell.

Your chance of success might increase by dating in a rock show, on a sailplane or even watching a horror movie.

There you have them! Some psychology facts to approach a potential partner. Hopefully, they will help you make your 2019 to be the dating year that you want it to be and keep you amused and optimistic along the way.

All the single moms, are you ready?

When you feel sad… 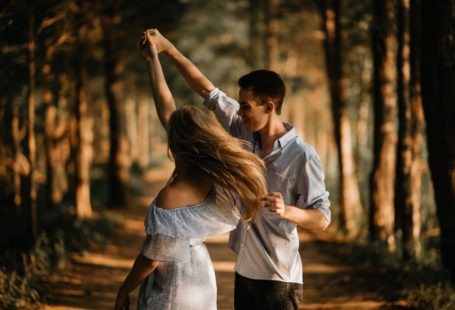 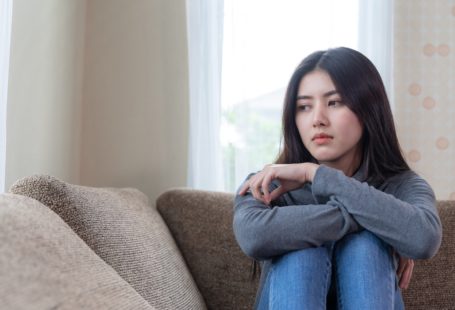 How to let go of a relationship after a bad breakup 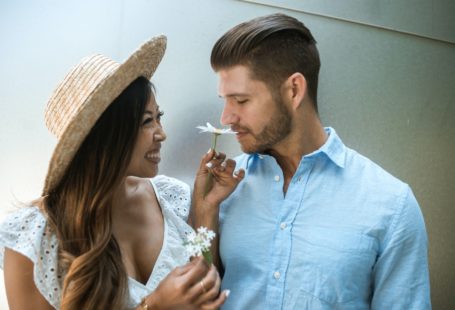 5 Tips for Couples in Interracial or Intercultural Relationships