Why do women fall for bad boys?

We usually hear the popular wisdom “Nice guys finish last” and this wisdom proved to be true and maintained over centuries. In the end, women always choose a nice guy! But we can’t skip the vice versa “Bad guys begin first” – this is even more precise than its origin. Obviously, the popular bad boy images like James Bond, James Dean or Jesse James who shared the strong, dangerous or risk-taking personalities always make women feel hard to resist.

In other words, bad boys have more sexual partners and are perceived as more attractive than their more considerate counterparts.

Is being nice now the new boring? Many women consistently choose the toxic bad boy over kind and nice guys. It seems illogical for women to choose a guy who is selfish and cruel over a good-hearted man.

Women like bad boys not just because they are bad.

They like the qualities that bad guys have over the qualities of nice guys. And those qualities make them irresistible. Let’s dive into it and see what they are!

They’re never afraid to flirt or tease a girl. They kiss you without hesitation or asking for your permission. They DON’T ask a girl what you’re going to do, just declare what will be about to happen. With a strong personality, they dart into challenges, even the hardest ones, with no doubt. And the most important is that the situations are always under their control by their will. They are willing to stand against the world just because of their woman. All of these fully meet a woman’s fantasy.

Many of the bad guys have ideas about what they are going to do. They have objectives and never be afraid to share it with anyone or be laughed at. Bad guys usually stick to their targets and are less likely to be influenced by gossip or outsiders. In contrast, good guys are often indecisive because they tend to overthink too much.

Bad boys always know who and where they are. Never confused about themselves!

Women can’t ever miss them in a crowd. That’s another benefit for bad guys because women love the highlight.

Bad guys are unpredictable and mysterious. Women like it when you don’t tell them what you’re gonna do next. A bad guy will leave in the middle of the conversation of a party or won’t reply to any text message, which leaves women a lot of questions and raise their own interest to them. Surprisingly, a bad guy appears at the front door with a bunch of roses. Absolutely, women love the amazement. Bad guys never put girls on top of his priorities, which makes her attached to him even more; this usually ends up as the girl chasing him, instead of him chasing her.

The enigma is something that is irresistible for both men and women.

One more extra point for bad guys cult is their outstanding fashion style.

Black leather jacket, dark jeans and dark sneakers with some big tattoos and well-shaven beard. Their fashion style is an affirmation for their personality: dark, strong and rebellious… and that’s enough for women to get crazy of bad guys.

Obviously, you can’t be nice to everybody unless you are an angel. Nice guys don’t want to upset even a teddy bear. They are busy being nice instead of being real, and women instinctively don’t trust that. Moreover, nice guys also suffer from the matter being nice, some kind of pressure or even stress. As a result, their beloved ones also suffer from their stress. Contrary, bad guys “keep it real” and raise the women’s belief on them (though they may be not indeed).

It’s OK (just OK) to hear these answers from women but what do you think if they come from a guy? So boring and it may drive you mad, right? However, you would probably get those answers when you try to ask a nice guy. He never sets boundaries or makes any demands. All he wants is making you pleased. Believe it or not, that’s never the way you show your respect to women. They will get sick of it!

It’s hard for women to respect a person who is overly agreeable. And no respect means no attraction.

Like everybody else, women are always attracted and excited about mystical things.

Apparently, good guys seldom have that. They lead a boring and predictable lifestyle. Women’s desire to challenge the norms is even stronger than men’s. Hence, she surely never gets curious about a nice guy who is passive and whom she knows all about. Instead, a bad guy will ignite her challenge desire.

According to recent research, more than 1000 men and women revealed that they were attracted by the person who had some weird characteristics such as impulsivity, imprudence, and narcissism… As a result, these kinds of people will have more sexual partners compared to those who don’t share the same personality traits.

In other words, the characteristics which seem negative can be a huge benefit in sexual seduction toward people in real life.

As a result, bad boys who live their lives as renegades who are up to no good are often perceived as more attractive and appealing. And once again, this explains why bad guys win in the romantic fights against good guys.

As for the information above, they would obviously find these specialties from bad guys rather than from good guys. It’s a basic human instinct to go after sexy bad boys as a breeding strategy. It becomes the most reasonable explanation that bad guys got more sexual partners and are perceived as more attractive than their more considerate counterparts.

Expectedly, this entry will provide you a broader and more immense vision about the reasons why women are into bad guys. But good guys, don’t worry about that! Always remember “Nice guys finish last”. Good boys may seem less attractive or may have fewer sexual partners, however, they always end up with a happy love and a steady relationship. Everyone shines in their own way. Just be yourself and your true love will find you in one way or another.

To Those Who Hope for Love 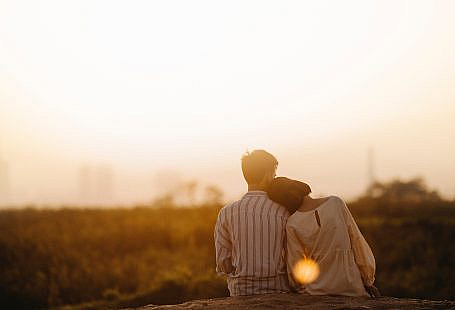 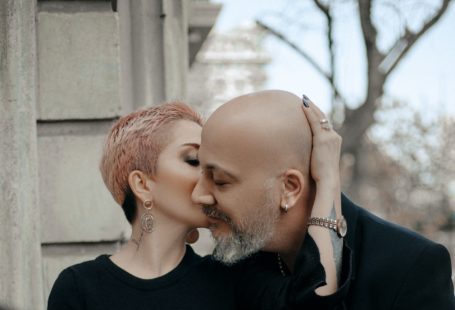 What to Expect When Dating a Mature Man