How to Ask a Girl to Be Your Girlfriend

Relationships are a crucial part of the human experience. We all need people in our lives, and for most of us, a romantic connection is essential to long-term happiness. However, entering into a relationship can be tricky for many people—particularly the first few times.

Having a girlfriend can make you feel wonderful new emotions. Asking a girl to be your girlfriend (or asking a boy to be your boyfriend) can be very intimidating, though. That’s why we’ve put together a brief guide to walk you through asking someone to be your romantic partner.

Do People Still Call Each Other Boyfriend and Girlfriend?

First things first. In a world filled with casual dating and where hook-up culture seems prevalent, do people even do the whole “boyfriend and girlfriend” thing anymore? Well, the answer depends entirely on whom you ask.

Among younger folks, not everybody appreciates the labels of “boyfriend” and “girlfriend,” with many couples ditching them entirely. There’s nothing wrong with having a relationship on your own terms, and that can include intimacy, exclusivity, and mutual support, without any labels.

For those well out of their teen years, sometimes calling each other “boyfriend and girlfriend” can seem like a relic from high school. In many cases, they prefer getting to know each other without using specific labels, simply easing into further and deeper levels of intimacy.

All that being said, there are tons of teens, young adults, and older folks who still call their partners “boyfriend” or “girlfriend.” There are no hard-and-fast rules when it comes to relationships. It’s up to those involved, but communication is key. Always know what you want!

How to Ask a Girl to Be Your Girlfriend

So, you’ve pondered on the issue of the “boyfriend”/”girlfriend” label, and you’ve decided you’re for it. You want a special person in your life to be your boyfriend or girlfriend, and you’re unsure how to ask. Follow this quick checklist to make sure things go as smoothly as possible.

For starters, if you’re going to ask a girl to be your girlfriend, you need to already have a close, intimate relationship with her. An all-too-common mistake among first-timers is asking to take things to the next level too early on in the relationship.

This can be very off-putting for the person you ask and could cause them to reject your advances outright. Even if you feel like there’s good chemistry or a spark of something greater, it’s usually best to get to know each other a little better before thinking of labels.

There are no definitive time frames here, though. For some people, it might be a matter of weeks. For others, it could take months. It’s something typically played by ear rather than following strict protocols. However, if you’re at a total loss, there are a few pointers you can use.

Conversely, physical intimacy isn’t the only standard to consider. Emotional intimacy is key. Among adults, sleeping together without getting to know each other is relatively common. Make sure your relationship has depth beyond mere physical attraction before asking the question.

Finding the right setting and timing is an important part of asking a girl to be your girlfriend. Even if your relationship is already intimate and close, asking to take it to the next level at the wrong time can spell doom for your query.

When it comes to setting, it’s important to keep things private. No matter what Hollywood movies may have led you to believe, asking someone to be your girlfriend in public, in front of other people, is never a good idea. You’re putting them on the spot, and that’s manipulative.

Instead, seek settings that are comfortable and private. It can be during a romantic dinner, or on a stroll through the park together. Avoid asking in any situation where you could end up sharing a long, awkward drive if things go south, though.

As for timing, it’s a little harder to pin down. There are a few things best avoided, like asking out of the blue and catching them off-guard or asking in any stressful or high-pressure environment. Ideally, it should be brought up after a positive or intimate moment, but your mileage may vary.

That said, keep in mind that there’s no perfect time to ask. Don’t sit around waiting for the right time. You risk your passive stance being mistaken for a lack of interest.

Finally, it’s time to talk about popping the question. There are many ways to go about it. Different people will word the question in different ways, so there are no easy answers here. In fact, using a “line” may be counterproductive, making the moment feel less genuine.

Instead, speak from the heart. A brief introduction can help you ease into the question—recounting how long you’ve been seeing each other, and how you’ve felt throughout this time, or highlighting the special connection you feel.

After a brief pause, look into their eyes and ask the question. “Would you like to be my girlfriend?”. That’s it! You’ve done the hardest part. Now, wait for an answer. Be prepared for any answer, though. Even if you do everything “right”, they might not feel the way you do.

If the answer is “yes,” congratulations! You’re now in a committed relationship. If things didn’t go the way you wanted, that’s okay! Listen to them carefully. Some relationships can’t recover from these episodes—but that isn’t always the case.

Sometimes, that special person needs time or space to heal from previous heartaches or personal issues. If that’s what they’re telling you, and you feel comfortable continuing the relationship as is, then you might just need to give them that time.

However, if you’re hearing a firm “no”, take it at face value and learn to move on.

5 Things to Know When Dating an LGBT 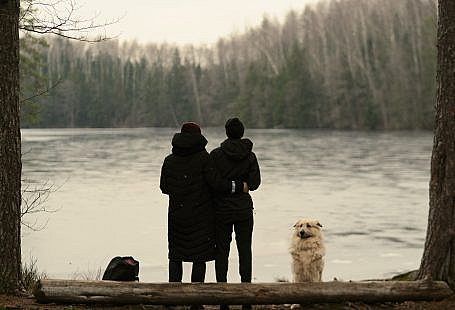 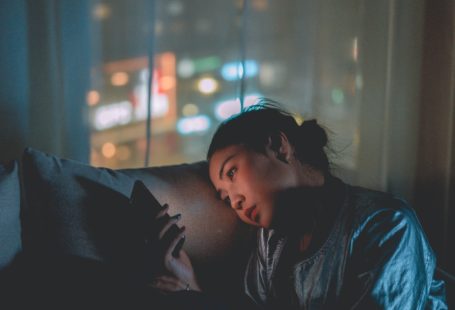 Should I Break Up with My Boyfriend?