In Dating & Relationship Advice, Dating Tips for MEN, ONLINE Dating TipsTags dating tips, how to know, into, is, she, youFebruary 12, 2021132 Views

Maybe you’ve just had an amazing first date with her, or you’ve been seeing someone for a while and really want to take the relationship to the next level, but you’re not sure if she feels the same way. Whether a woman is into you is a lot of men wonder about, but unlike men, women show their interest in subtler ways. Maybe she likes you but is trying not to show it. So how do you know for sure that she’s into you?

We’re here to point out the clues.  Pay close attention to these 6 signs, and you’ll know without a doubt that she’s into you!

1. She texts you first

This might seem obvious, but you’d be surprised how many trick themselves into thinking she’s into them just because she responds to messages. The attention of having someone text them first is flattering, but if she’s really into you, she will not only text you back but initiate conversations. This could be her sending you a picture that made her think about you, or asking how your day was. These examples show that even when you are not around, you are on her mind.

So if you’re the one who’s been sending the first text, hold off and see if she seeks you out. If she texts you, you can be pretty sure that she’s into you!

2. She is enthusiastic about making plans

Another huge sign is if she seems excited about making plans with you. The next time you’re asking for a second date or planning to do something with her, look at how she responds.

If she’s into you, she won’t hesitate to say yes to whatever you’re suggesting! If it happens to be an activity she’s not a big fan of, or her schedule’s full, she’ll be offering alternatives instead of leaving you hanging. Find some activities you both like to do, and ask- her answer will show whether she’s into you.

3. She dresses up for you

It’s fun to dress up for dates, but when a woman looks absolutely stunning it’s a sure sign that she wants to impress you. Especially in cases when a couple is meeting face-to-face for the first time, to look good is to put your best foot forward.

This isn’t just about the clothes she wears. A lot of the time, men don’t even notice the things women spend the most time on. So when you see her, observe her makeup, hair, and other physical features, then give her a sincere compliment. If she put in the effort to look nice, she will really appreciate you noticing!

This goes hand-in-hand with sign number 1. To really tell if she’s into you, see if she asks you questions. These questions can be about your job, your hobbies, the things you like, anything! The fact that she’s asking questions really shows that she’s curious about the type of person you are and that she wants to learn more.

During conversations, notice if she asks any follow-up questions too. Genuine interest is hard to fake, so the quality of your conversations is one of the easiest ways to tell if she’s into you.

5. She laughs with you

Though people can have a very different sense of humor, couples who are able to laugh together are happier and have a much easier time communicating. If she thinks you’re funny, it’s a strong sign that she’s into you! Look for instances of her laughing at your jokes, or even outright saying “You’re so funny!”.

And if she engages with your jokes and can even shoot some back at you, that’s even better. It might be a sign that you’re both on the same wavelength, and that she’s really into you!

6. She touches you (and herself when around you)

However touchy-feely they are, women rarely touch men they’re not interested in. If she reaches out to touch you, even when it seems innocent, she’s likely trying to tell you she’s into you!

There are many ways she can do this, like a playful tap on your shoulder, or putting a hand on your forearm when asking a question. Another sure sign she’s into you is if she’s touching herself when you’re around. Many women do this unconsciously, but if she is playing with her hair, or touching her lips and face while talking to you, she’s definitely into you.

A woman may not outright tell you that she’s into you, but there are many signs that can make it very obvious that she is! It’s really not rocket science, just pay attention to how engaged she is when interacting with you, and you’ll have your answer. Good luck!

How To Keep a Conversation Going With Your Partner?

What No One Tells You About Interracial / Cross Cultural Relationships 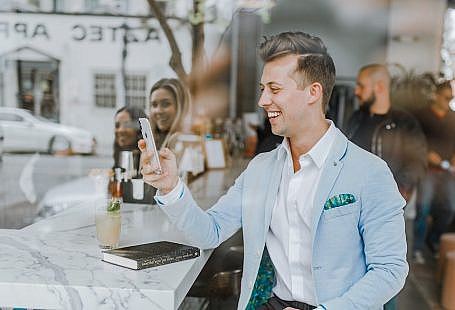 Can Dating Apps Get You a Girlfriend or Boyfriend? 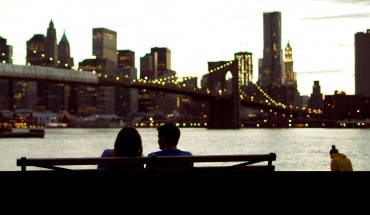 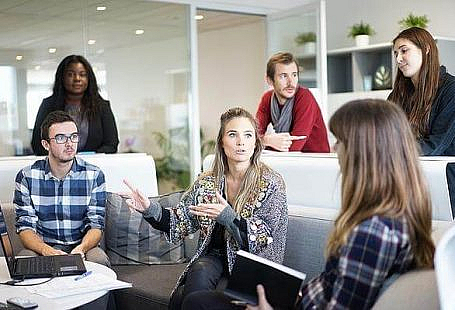 How to meet new people?: 6 tips to help you easily make new friends